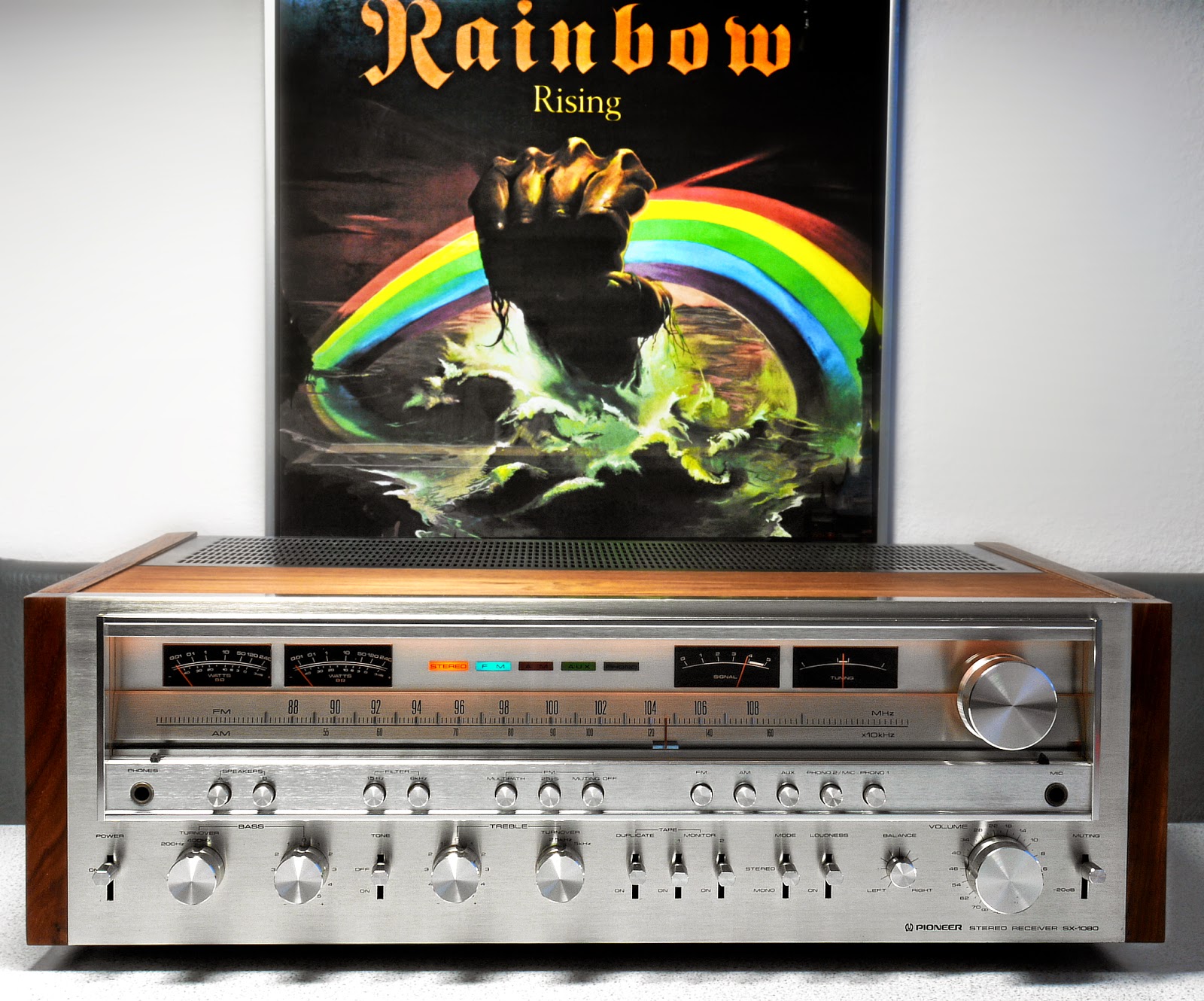 A tribute to the first powermetal band at all, Ritchie Blackmore's Rainbow and to the greatest hard rock shouter all times: Ronnie James Dio R.I.P.
---
Pioneer SX-1980, 1280 and 1080 are the three largest receiver of the end of the seventies golden HiFi years. They were the uncompromising top sellers in the international market receiver that you could buy in the HiFi-Studios. Comparable stereo there was still made by manufacturers like Sansui, Marantz and a few other manufacturers, at least from the then leading Japanese productions.
The SX-1080 offers a power output of 140 watts per channel based on an oversized power supply and a lot of power transistors.
The beautiful real wood case with prominent cheeks, brushed solid aluminum front panel, the large transformer as well as an enormous amount of circuitry allow the SX-1080 heavy weight with 22kg.


The SX-1080 is optically pure a convincing argument in the living area for enjoyment of vintage stereo in your house. 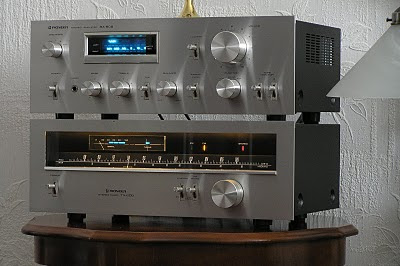